An important question for California Law Enforcement and Safety Officers is whether a Stroke or Cerebral Vascular Accident is considered as a presumptive injury within the California Labor Code.

A presumption, for California Law Enforcement and Safety Officers, affords the Injured Worker an evidentiary advantage in proving up their work injury claim. This article is intended to discuss the nature of Strokes/Cerebral Vascular Accidents and whether the presumption is applicable.

What is a Stroke?

A stroke occurs when the blood supply to part of the brain is interrupted or reduced. As a result, the brain tissue is deprived of oxygen and nutrients.

There are different types of strokes. There are Ischemic Strokes which may be caused by a blocked artery. This can be from a blood clot or fat that was broken off in the artery. These Strokes can include Transient Ischemic Attacks(TIA) which do not cause permanent damage.

Ischemic Strokes occur when the when the arteries to your brain become narrowed or blocked, causing severely reduced blood flow. There are different types of these. There are Thrombotic Strokes in which a blood clot (thrombus) forms in one of the arteries that supply blood to your brain. A clot may be caused by fatty deposits (plaque) that build up in arteries and cause reduced blood flow (atherosclerosis) or other artery conditions. An Embolic Stroke occurs when a blood clot or other debris forms away from your brain — commonly in your heart — and is swept through your bloodstream to lodge in narrower brain arteries. NOTE: this condition may include heart involvement.

A Hemorrhagic Stroke occurs when a blood vessel in your brain leaks or ruptures. This can be caused by uncontrolled high blood pressure/hypertension, overtreatment with anticoagulants, weak spots in your blood vessel walls aka aneurysms, and a rupture of an abnormal tangle of thin-walled blood vessels (arteriovenous malformation.)

Types of Hemorrhagic Strokes include:

Intracerebral hemorrhages occur when a blood vessel in the brain bursts and spills into the surrounding brain tissue, damaging brain cells. Brain cells beyond the leak are deprived of blood and are also damaged.

This may be caused by high blood pressure, trauma, vascular malformations, use of blood-thinning medications and other conditions which may cause intracerebral hemorrhage.

As noted above, there is a multitude of possible causes of the various forms of strokes.

If one has Hypertension and has a Stroke, Does that make the Stroke a Presumptive Injury?

In one case, it was noted that “a hypertensive injured worker eligible for the presumption may not be afforded the presumption on a stroke if there was “[no] evidence of hypertensive heart disease.” Hart v. Workers’ Comp. Appeals Bd., 82 Cal. App. 3d 619, 147 Cal. Rptr. 384, 1978 Cal. App. LEXIS 1706, 43 Cal. Comp. Cases 757. In sum, the “Heart Presumption” per Labor Code Section 3212 applies to “Heart Trouble” and not Hypertension. Therefore, there needs to be additional findings beyond hypertension to qualify for the presumption.

Are there Caselaw Decisions in which there was a finding that Presumptive Heart Trouble Caused a Stroke?

Are there Caselaw Decisions in which there was a finding that a Presumption did not apply to a Stroke?

If the Presumption does not apply to my claim for stroke, should I still pursue a case?

Yes. Even if there is no presumption, it does not preclude an Injured Worker from obtaining a finding of industrial injury for a stroke. If an industrial injury is found, an Injured Worker is entitled all of the workers’ compensation benefits including total temporary disability benefits, permanent disability benefits, medical care, future medical care, death benefits, and the supplemental job displacement voucher.

Besides the Peace Officer/Safety Officer Presumptions, Are there any other presumptions that can apply to a stroke case? 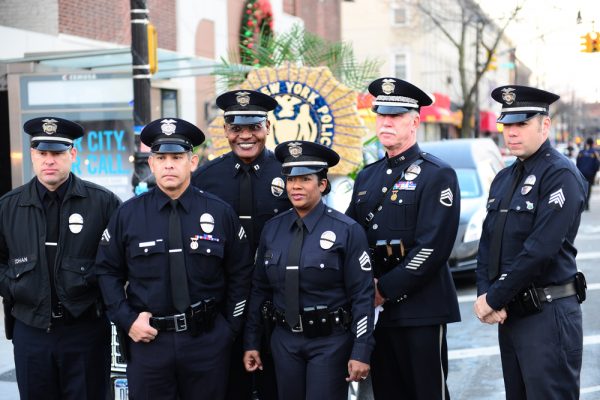 Yes. In the event of a serious stroke that causes massive injury, there is another Labor Code presumption which may apply. Labor Code Section 4662 applies in cases involving permanent disability as follows section(a) Any of the following permanent disabilities shall be conclusively presumed to be total in character: (1) Loss of both eyes or the sight thereof, (2) Loss of both hands or the use thereof, (3) An injury resulting in practically total paralysis, and (4) An injury to the brain resulting in permanent mental incapacity. With respect to a stroke, if the residual damage is extensive, it is possible that this presumption section could apply.

If you would like a free consultation regarding your workers’ compensation claim, please contact the Law Offices of Edward J. Singer, a Professional Law Corporation. They have been helping people in Central and Southern California deal with their worker’s compensation cases for 26 years. Contact us today for more information.

I contacted Mr. Singer thru AVVO message posting. I asked him if he could contact me back via email and he did the next day. He also allowed me to email him WC case related documents before I talk to him on the phone. He also called me proactively from his end. When I called…