Home» Blog » Marijuana and Workers’ Compensation: What You Need…

Marijuana is a drug of a multitude of usages. It is used by some for medication, and others as a recreational drug. Marijuana, in the context of a recreational drug, is viewed in workers’ compensation as an item that can impact an individual’s physical and mental health.

As a medication, it is a drug which can be used to medically treat both physical and mental conditions.

Also known as Cannabis, Marijuana is a psychoactive drug from the cannabis plant. The main psychoactive part of Marijuana is tetrahydrocannabinol (THC.) It may be taken in a number of forms which include smoking, vaporizing, within food, or as an extract. It can have both mental and physical effects upon the individual taking the drug.

Are there Prescription Forms of Marijuana?

Yes. There are some forms of FDA approved marijuana drugs. Dronabinol is a synthetic form of THC which is approved as an appetite stimulant for people with AIDS or people receiving chemotherapy. It has been approved by the FDA. It is in capsule form and contains an oily resin. The trade names are Marinol and Syndros. There is also Nabilone which is a synthetic cannabinoid which has therapeutic use an antiemetic and as an adjunct analgesic for neuropathic pain. While the FDA in the USA has indicated nabilone for chemotherapy-induced nausea/vomiting. In other countries, such as Canada, it is widely used as an adjunct therapy for chronic pain management. Numerous trials and case studies have demonstrated modest effectiveness for relieving fibromyalgia and multiple sclerosis. 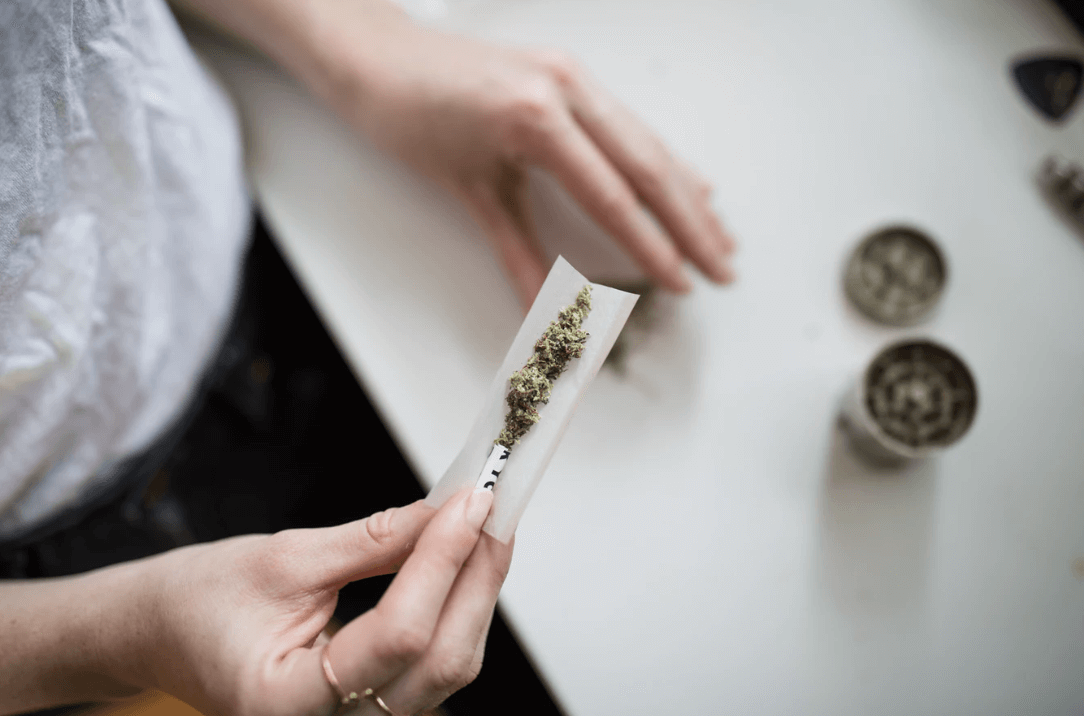 Is there a Legal Basis for Prescription Marijuana?

In California Workers’ Compensation Law, the Labor Code provides medical, surgical, chiropractic, acupuncture, and hospital treatment, including…medicines…that are reasonably required to cure or relieve the injured worker from the effects of his or her injury shall be provided by the employer. See Labor Code Section 4600.

Therefore, Marijuana, prescribed on an industrial basis, must be reasonably required to cure or relieve the effects of an injury. Any request is further subject to Utilization Review and Independent Medical Review.

Further, there may be some need for Evidence Based Medicine assessments in order to provide a basis for the prescription. In other words, there should be medical studies supporting the prescription for marijuana for the particular industrial medical condition.

Recently, “the Food and Drug Administration on Monday approved the country’s first drug derived from marijuana, a medication that treats two rare and devastating forms of epilepsy. The drug, GW Pharmaceuticals’ Epidiolex, is made of cannabidiol, or CBD, a component of marijuana that does not give users a high. It is given as an oil, and in clinical trials, it was shown to reduce the number of seizures by about 40 percent in patients with Dravet or Lennox-Gastaut syndromes.” See Stat News (JUNE 25, 2018)

What are the Medical Uses of Marijuana?

Per Barth Wilsey, MD, a Pain Medicine Specialist at the University of California Davis Medical Center, pain is the main reason people ask for a prescription. The pain can be headaches, cancer, glaucoma or nerve pain. It can also be used to treat muscle spasms caused by multiple sclerosis, nausea from cancer chemotherapy, poor appetite or weight loss from chronic illness such as HIV or Nerve Pain. It can be used to treat Seizure Disorders or Crohn’s Disease. Medical Marijuana may be smoked, vaporized, eaten or taken as a liquid extract. Again, as noted above the FDA has also approved THC, a key ingredient in marijuana, to treat nausea and improve appetite. It’s available by prescription Marinol (dronabinol) and Cesamet (nabilone). See WebMd.

Are there Side Effects of Marijuana?

Are there problems with Medical Marijuana?

Outside of the Marijuana drugs that are FDA approved, there is no FDA-like monitoring of medical marijuana. Further, many individuals use regular marijuana which likewise has no quality control. When using it, you don’t know whether it has been spiked, contaminated with fungus, or ridden with pesticides. These can impact the potency and side effects. There have been incidents in which the product has been found to be unhealthy.

What are long-term effects of Marijuana Usage?

While Marijuana usage may be helpful to treat your condition, “compared to those who don’t use marijuana, those who frequently use large amounts report the following: lower life satisfaction; poorer mental health; poorer physical health; more relationship problems. People also report less academic and career success. For example, marijuana use is linked to a higher likelihood of dropping out of school. It’s also linked to more job absences, accidents, and injuries.” See www.drugabuse.gov.

Besides Marijuana itself, are there any other Marijuana-Based Products that can be used for Medical Treatment?

Yes. There is a product Cannabidoil also known as CBD for which there is growing studies that it may be effective for medicinal purposes. CBD is found in the Marijuana/Cannabis plant and is a non-prescription product. It is not approved by the FDA. CBD oil is used in different ways. It can be mixed with food or beverages, taken by pipette or dropper, be massaged into the skin, or taken in a capsule form. Also, it can be used in a spray form. CBD is relatively safe to use. It does have some common side effects such as changes of appetite/weight, diarrhea and tiredness.

What Medical Conditions can CBD be used to Treat?

Currently, research on CBD is in its infancy. There are suggestions that it could be used for the following medical conditions, Anxiety, Colitis, Epilepsy/Seizure, High Blood Pressure, Liver Injury, Pain, Post-Traumatic Stress Disorder, and Stroke Rehabilitation.

Is CBD different than Marijuana?

While Marijuana contains THC and CBD, the compounds have different effects. THC is mind-altering while CBD is not psychoactive. It does, however, produce changes in the body that may be medically beneficial. It can be derived from both Marijuana Plants as well as Cannabis Plants known as Hemp. Hemp plants can be used to produce CBD. CBD interacts with various receptors.

Besides Marijuana as a Medication, are there any other Workers’ Compensation Marijuana Issues?

There are various cases upon which non-industrial marijuana usage has been raised to find apportionment to non-industrial factors pursuant to Labor Code Section 4663, for awards of permanent disability. In Lewis Tile Company vs. WCAB (2008) 74 C.C.C. 53 (writ denied) The Workers’ Compensation Board addresses apportionment with respect to a head injury and heavy marijuana usage of the injured worker since the age of 13.

There has been a variety of litigation that has risen concerning causation of injury and marijuana used. In one matter, there was the issue of accurate history to support an award. In the case, accurate information concerning marijuana consumption reviewed by evaluating physicians may be of import for causation analysis as to whether an injury was industrial. See Azzolin vs. WCAB (2013) 78 C.C.C. 1250 (writ denied.) In one case, usage of marijuana was an issue raised on causation of an industrial death application. Harris vs. New Capps 2015 Cal. Wrk. Comp. P.D. LEXIS 632.

Marijuana for self-procured treatment was addressed in Cockrell v. Farmers Ins., 2015 Cal. Wrk. Comp. P.D. LEXIS 95. The Court noted that the fact that the Legislature felt the need to qualify “health care coverage” with “for nonoccupational injuries or illnesses” may signify that coverage for occupational injuries or illnesses also constitutes “health care coverage.” Similarly, the fact that the term “health insurance” specifically excludes workers’ compensation in the Insurance Code may signify that “health insurance” includes workers’ compensation insurance when there is no express statutory exclusion.” In the case, the court took no position on this issue. In sum, reimbursement for medical marijuana is still an area of controversy. At this point, it does not appear that it is reimbursable.

Can there be Drug Tests for Marijuana within Workers’ Compensation?

Yes. Drug tests may be related to the accident itself. Some employers order drug tests after industrial accidents. Also, there is drug testing that is ordered by treating physicians during the course of treatment.

Yes. Marijuana usage impacts workers’ compensation litigation in a number of ways. An Injured Worker, during the course of their case, meet with a number of professionals. They meet adjusters, investigators, attorneys, nurse case managers, physician’s assistants, doctors, vocational experts, and judges.

Frequently, Marijuana users smell like they have been smoking. The smell is on them and their clothes. It is quite similar to individuals who smoke cigarettes. During my years of representation, Injured Workers have showed up on marijuana to meet with their legal representatives. Sometimes, they have been so intoxicated that they do not behave in a proper fashion and there is some question as to whether they have understood important information that has been conveyed to them. I have been to the Appeals Board and it is obvious that one or more of the attendants at the WCAB has smoked marijuana prior to attending. On one occasion, I have even smelled marijuana in a courtroom in which there were only representatives!

In sum, Marijuana Intoxication can and will delay litigation. Intoxication, from any substance, is a concern in legal proceedings. Intoxication due to alcohol and prescriptions drugs can also lead to the same results as noted above.

Can Marijuana Usage Impact My Credibility?

Yes. In depositions and in examinations, individuals are frequently requested to provide information about their drug usage. Further, in workers’ compensation treatment, from time to time, a doctor may order drug testing that may include testing for Marijuana. If there is a denial of the usage of the drug in deposition, sworn testimony, or in examination, and there is evidence of a positive drug test, it will most likely impact the credibility of the Injured Worker. If credibility is important in a case, the Injured Worker may jeopardize their case.

Can Medical Marijuana be a Reimbursable Medical Expense?

No. Per Sullivan, “[t]he Compassionate Use Act of 1996, Health and Safety Code 11362.5, gives a person who uses marijuana for medical purposes on a physician’s recommendation a defense against certain state criminal charges involving the drug, including possession.” But Health and Safety Code 11362.785(a) provides that employers need not accommodate the medical use of marijuana, and the California Supreme Court has held that marijuana does not have the same status as a legal prescription drug for the purposes of a civil Fair Employment and Housing Act (FEHA) claim. [58] Furthermore, Health and Safety Code 11362.785(d) states, “Nothing in this article shall require a governmental, private, or any other health insurance provider or health care service plan to be liable for any claim for reimbursement for the medical use of marijuana.”

Photo by Thought Catalog on Unsplash

I just want to ask a question regarding a workers compensation I had case with attorney mahdis kaeni law office of kaeni & associates I was getting treat did not finish my treatment all the way they dicied closing the case with a settlement of 12,ooo dallor with one then more body part injuries I…