What is a Traumatic Brain Injury?

How Serious are Traumatic Brain Injuries?

Per the CDC, “Traumatic brain injury (TBI) is a serious public health problem in the United States. Each year, traumatic brain injuries contribute to a substantial number of deaths and cases of permanent disability. In 2010 2.5 million TBIs occur either as an isolated injury or along with other injuries.”

How Does One Sustain a Traumatic Brain Injury?

Per the CDC “[a] TBI is caused by a bump, blow or jolt to the head or a penetrating head injury that disrupts the normal function of the brain. Not all blows or jolts to the head result in a TBI. Other TBIs can be caused by an event that causes a lack of oxygen to the brain.

The severity of a TBI may range from “mild,” i.e., a brief change in mental status or consciousness to “severe,” i.e., an extended period of unconsciousness or amnesia after the injury.”

What are the Symptoms of TBIs?

There are a variety of symptoms with TBIs. These include mental symptoms, physical symptoms, and post-traumatic cognitive deficits. Mental symptoms can include loss of memory- retrograde or anterograde amnesia, alteration of mental state – feeling dazed, disoriented, or confused. Physical symptoms can include nausea, vomiting dizziness, headache, tinnitus, blurred vision, other sensory loss such as taste or smell or extended periods of fatigue and lethargy. Post-Traumatic Cognitive Deficits can include deficits in concentration, language, memory, and perception.

In severe TBIs, there can be Loss of Consciousness (LOC.) In other words, a person can be in a coma. Further, there are various levels of states/degrees of comas. The extent can be determined by the Glasgow Coma Scale. It scores comas in the categories of mild, moderate or severe.

Are there different types of TBIs? 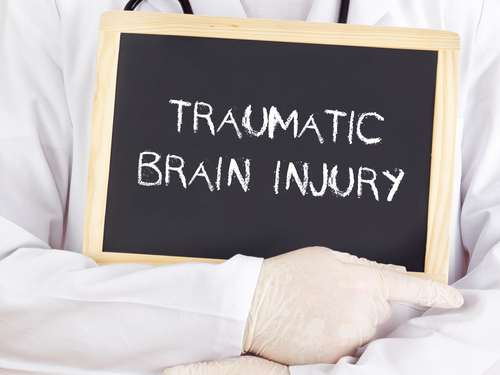 Yes. There are a variety of types of TBIs. They include Concussions, Cerebral Contusions, Penetrating Head Injuries and Anoxic Brain Injuries.

A cerebral contusion is a bruise of the brain tissue. This occurs in 20-30 percent of severe head injuries.

An anoxic brain injury is one in which the brain is deprived of oxygen. This can cause cell death and lead to diminished brain function or death. This type of injury does not necessarily have to be caused by trauma.

Can a Traumatic Brain Injury be the result of a Workers’ Compensation Injury?

Yes. There are many ways in which a worker can sustain a Traumatic Brain Injury while working. Common causes of TBIs include falls, self-inflicted injuries, motor vehicle accidents, and assaults. Also, being struck by or against an object is a common cause of a TBI as well. There are many times that a worker might be struck with an object in the head or be struck in the head by a stationary object such as a wall, or a piece of equipment causing injury.

Are there differences in the nature and extent of a TBI? 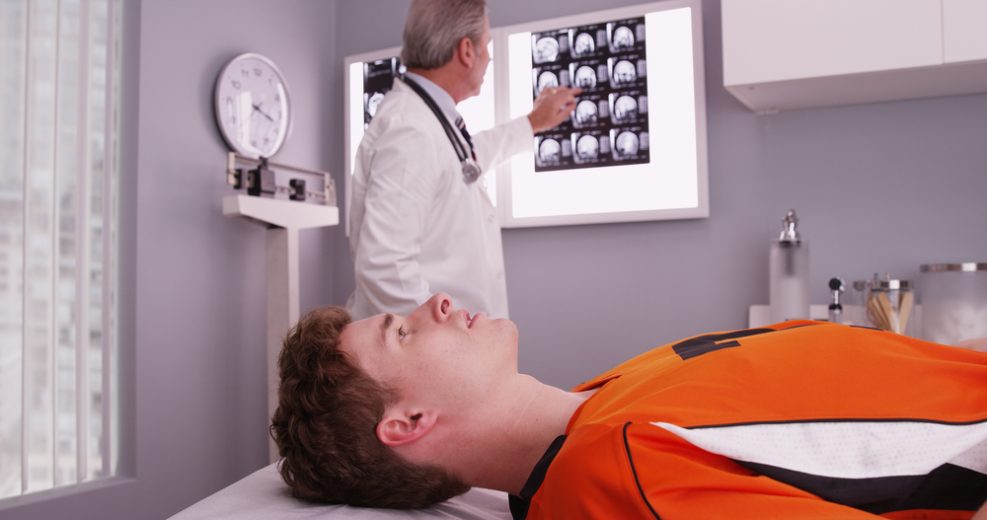 Common causes of Traumatic Brain injuries that result in death include falls, intentional self-harm, motor vehicle accidents, and assaults. All of these causes can occur in work-related settings and therefore give rise to workers’ compensation benefits.  There are many head injuries which resulted in the death that can be considered as arising out of and in the course and scope of employment. Therefore, as a result, the dependents of the decedent would be entitled to workers’ compensation death benefits. Further, payment of medical costs would be taken care of as well as burial expenses.

Has there been Workers’ Compensation Litigation Involving Traumatic Brain Injuries?

Yes. TBIs have been the subject of litigation in workers’ compensation on a variety of issues. These issues range from legal issues concerning settlement, apportionment to non-industrial causes, to the issue of permanent disability.

In Lewis Tile vs. WCAB (2008) 74 Cal. Comp. Cases 53 (writ denied), the case dealt in part an apportionment issue on a Traumatic Brain Injury when there was psychiatric apportionment to non-industrial factors. In Travelers vs.WCAB (2016) 81 Cal. Comp. Cases 234(writ dismissed), the case dealt with whether a prior C & R resolve a claim for a Traumatic Brain Injury claim when it was not a body part in the C & R. In SNCC vs. WCAB (2013) 79 Cal. Comp. Cases 100(writ denied), the issue was whether a mild traumatic injury, as well as other injuries, were a valid basis for a 100 percent award, in other words, permanent total disability.

Helped me with Social Security

He consulted with me and helped me get my SSD. He took the time with me to figure out all the documents and doctor information I needed to get my social security approved. His staff was helpful and polite.